What can I say, sometimes only the dark will do.  I am a big fan of the show and was sad when it ended so, I went looking for the books that inspired the show.  I’m disappointed to see so few have been written and hope more are on the way.  I guess we’ll see.

By the way, as I write this, I have a couple of guys doing some carpentry work close to my window and one of them is singing horribly off key.  I can only hear it when the saw is off so here’s to the saw running a lot!  I can handle that better than the horrible singing.

Anyway, this book was everything I’d hope for: the birth of Dexter and his Dark Passenger!  It gives you the great back story with just the right amount of flare and twisted darkness.  Imagine how a police officer, sworn to do his duty yet tired of seeing all his hard work thrown out by corrupt people within the system that is supposed to support him in his efforts to punish those who are threats to society for their crimes.  Then, imagine this same officer, tired off constantly losing and almost at his wits end, adopting a little orphan – a witness to a horrific murder and victim of the aftermath.  This self same orphan who, as he grows older, is found out by his law and order adopted dad to be a threat to society in the making.  What do you do?

If you watched even one episode of Dexter, you know what this poor yet honorable man did, and I, for one, think it was a great idea the writer had.  If you look at the incredible Hannibal Lecter character – he is finesse and polish, refined and educated – and a cannibal who is very select about whom he devours.  Dexter is a serial killer with only one type of victim – fellow killers.  You have to love the irony!

The author has made Dexter believable and interesting – a bit of dark humor in the thoughts running through his head as he gives the reader his inner dialogue.  He is as charming as he can be, admits he’s not as “human” seeming as everyone else, but he’s appealing just the same.

The book plot isn’t just about Dexter killing someone – oh no.  There is a story here, a purpose behind what he does.  He is a Blood Splatter Specialist and he assists his police officer adopted sister with her cases – when she needs him.  The book starts with a murder, one committed by Dexter, and then moves on to more murders – not Dexter’s handiwork but oh so close!!  It takes both Dexter and his sister, Deborah, to figure out the murderer….and I will not spoil the ending for you!

This book, as you can tell, is one I highly recommend even if you’ve either never seen the show or, don’t like the show for whatever reason. 🙂  I’m working on getting the next one in the series.

That’s it for now my friends, see you on the flipside and remember, please, your towel and sonic screwdriver! 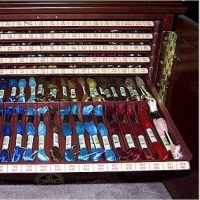 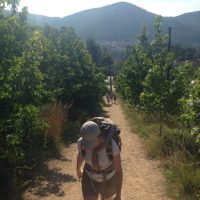