Some of the most gorgeous photography I’ve seen in a long time! Well work a look! 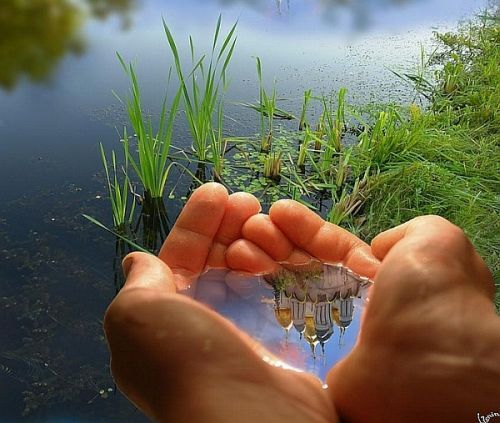 By Hecate’s hordes of hairy Man-Whores!!!  In one week, starting May 31, Echo 1, 2, 3, and 4 will be FREE on Kindle for five days!  Finish churning your smegma into an unholy cheese that’ll melt faces and usher in a world-destroying entity that would make Cthulu shit his britches, then go tell everybody!  WHOOO!!! […]

Starting 5/31, all four books of the Echo series will be FREE for five days! — Dirty Sci-Fi Buddha

Blocking for Knitting and Crochet: Everything you Need to Know

I couldn’t copy and paste the above post because that would be very wrong. I did however, link to it because I found it so very helpful. Hortense is the person behind the blog, and she’s not only a blogger, she’s a designer. She makes patterns for both knit and crochet, and I am so thrilled to be subscribed to her blog and newsletter because I learn so much from her.

She also offers free patterns, free tips and tricks, and she’s a part of a lot of bundle sales and group giveaways. It’s well worth it to subscribe to her if you’re a crafter.

She has things for all experience levels as well so never feel intimidated trying to do something new.

Check her out and let her know what you think about the above post! I know she’d be thrilled to hear from you, good or bad!

If you have blocking tips/suggestions she doesn’t share please, feel free to share them in the comments below! I’d love to talk to you about them!

This site is perfect for anyone interested in working with wood, from the beginner to the expert. In addition to having lots of things to make, this blog also discussing all things wood related including pests like termites. jobs in the wood working industry and where to find plans for projects not on the blog.

I am not a wood worker myself, but my son is. He found the site very informative and interesting. If you’re into working with wood, or you want to check into, I suggest checking out this blog to see what it has to offer you.

Let me know what you think of it as I’d really like to know, and be sure to let the blogger know as well!

Before I go, I’d like to remind everyone I have a raffle going on to help me pay for Mimi’s vet bills. I took her to the vet today for a check up and while she is doing better, the bills aren’t going anywhere anytime soon. I could really use the help paying for them. For more information about the raffle, check out the lower portion of the post below and if you want to get less than $5 worth of entries, please, use the Custom button:

Mimi and I greatly appreciate any help you can give us!

See you on the flipside and don’t forget your towel and sonic screwdriver!

This blog is owned and run by Crystal. She’s a fantastic designer who shares a ton of free patterns on her blog! She also has a lovely website and a shop where she sells even more patterns! Each pattern is wonderful made and fully tested before being presented to the public.

I enjoy the emails I get from her, and she doesn’t overload me with them either which is a relief.

One of the first patterns I ever saw of her was the Gnome Wall Hanging, and it’s the cutest thing ever!

They look like they might be complicated but after reading over the pattern, I don’t think they’ll be all that hard to make. When I’m done with my long list of projects, this is going on the new one. Try it out today:

Post pictures if you make one or all of them!! I’d love to see them!

If you like traveling and want/need inspiration on where to go, this blog is for you!! I had tried to reblog their post on their first day in Cornwall, but it wouldn’t let me. If you’re interested in this, and the rest of the trip as well, you can start at the link below:

I want, more than ever, to go to the UK to visit all the different places this blog talks about! The pictures on here are mega as well!! They’re so beautiful and so well done!! The traveling advice on where to stay and what to see is great too!!

Don’t take my word for it, check out the blog for yourself. They have travel diaries from all over the world, not just the UK so you can build your bucket list just reading the different posts! Let me know what you think!

I read this blog post recently, and it touched me. I know a lot of people who have mental issues they struggle with every day, and if I can offer them yet one more way they might find helpful in that struggle, I am happy to share. The author of this post was kind enough to share a bit of their own struggle with the world and offer yet another way to try to make it through. I would have simply reblogged the post, but the page didn’t have the option for that. I won’t be presumptuous and rude enough to copy and paste it to this page. Instead, I’m going to post the link and hope you will read the post yourself.

How Pottery Helped My PTSD

The post is well worth the read, but you don’t have to take my work for it. Please, let him know what you think of his post and his work, I’m sure he’d love the feedback.

I’ll see you on the flipside and don’t forget your towel and sonic screwdriver!!

Death would have been better…

If only for a fleeting span…

Moments, like days, can trip near any foot. Toe-catchers we’ll call them. There is something unique about moments, they lie beyond measured time, they endure minutes. The painting above has something to do with that, in an obscure, far-off, and unexplained way…

There are moments that bend toward a drawn out stuckness, a mire of trapping, that elusive span of time can grab hold and dwell. Some should be held. Others still, hold darker lingerings.

Why do I write? Or paint?

It’s because of these very moments… the ones that threaten who we wish to be, those breaths where everything seems to snatch away… and sometimes do. When we are left with only ourselves.

I write for the notion of expression. For the harried moments that breathe life into a heart-wrecked soul.

I t’ried to reblog this, but I had to cut and paste because I couldn’t get more than the title to come up. I love this blog!

These gluten and oil-free mochi brownies stuffed with raspberry chocolate take brownies to the next level!

If you have followed my website for a while, you must know that I love anything that is mochi (sweet rice flour) related. From my coconut matcha butter bars to mochi baked donuts to red bean and mochi manju, the possibilities are endless! You can catch me experimenting with mochi in all sorts of dishes, so I decided to make brownies with sweet rice flour instead of all-purpose flour because why not? I went a bit above and beyond and did more than just a typical brownie… I made a blackout mochi brownie, stuffed with raspberry chocolate. Whew! That’s a long name, so let me break down each component of the dessert for you.

I chose to use black cocoa powder instead of regular cocoa powder for this recipe since I wanted the dark black to contrast more with the pink chocolate. The common Dutch-processed cocoa powder is brown rather than black.

What is black cocoa powder?

What is mochi (sweet rice flour)?

How do you make the raspberry chocolate filling?

Storage notes: The brownies should be stored in an airtight container in the fridge for up to 5 days. I recommend microwaving the brownie for about 10-20 seconds. The chocolate filling may melt a little which is fine.

This was one of the first blogs I started following when I joined WordPress.com ages ago. It’s run by the wonderfully multi-talented Anita. Thanks to her, I have also joined the Mystery Stitch A Long she wrote about just recently.

She writes mostly about projects she’s either crocheting or knitting, and I love reading about it. If she ever does a video series, and I find out, I’ll be subscribing and watching each one!

Don’t take my word for it though, click on the link below and find out more about the lovely Anita!!

Observations on life and books...